Kalaena dodged the tree branch in a roll, coming up on her feet by the edge. "Ruadd!" she cried.
"Over here."
She found him with his fingers around a naked root, body dangling by one arm.
"It's some kind of animation-trap," he called up. "Probably switched on when Ku tried to break the chain."
With eyes on the forest, she blindly offered him her free hand. He gripped it in one of his gauntlets and began to pull himself up.
"It's a good sign," the knight huffed. "Means he's damaging it."
Kalaena was barely listening. Ruadd was a huge man--and in full armor no less. She dropped to a knee, every muscle in her body screaming, every tendon and ligament threatening to snap, but she held on until he was safely beside her.
Releasing his hand, she turned.
Kuthaan sat with his eyes closed and his face twisted, heedless of a branch snapping down at the back of his head...
She lunged. The sword was too light to hack through such wood, but it had just enough force to knock the blow aside.
Even through gloves, the reverberations made her hands tingle.
"Got an ax?" she called over her shoulder.
"Left it with the squires," Ruadd said as he got to his feet. He did not pick up his sword, just charged to join her. When the next bough swung down, the Knight-Seeker pounced on it with all his weight, wrapping his arms around the knobby circumference.
"What are you--"
"Get on!" he shouted.

It bucked beneath him like an animal.
Kalaena thrust her sword point-first into the dirt and added her weight to the cavalier's.
They were rewarded with a splintering crack. The bough came off from the trunk, suddenly brittle and lifeless in their arms.
"Good idea," she whispered hoarsely.
Ruadd let the wood drop and put his hands up like a catcher for the next attack.
Kalaena turned and searched for Kuthaan. He wasn't sitting lotus-style any more, he was standing now. With a dream-like expression, he stared up at the links of the chain and mounted the basalt in a daze, heedless of the whistling branches behind him.
She couldn't watch longer because another big bough came, swinging hard at the two defenders. Together, they caught it, emitting a collective oof. Once it was against their bellies, they put their arms around it then they pitched, they lifted, they pulled. Eventually, that one too snapped, but not before a second swept their legs from behind, throwing them to the ground.
Kalaena let go of the dead branch and flipped on her belly just as a bough with a mace-like knot slammed down where her head had been. She rolled back and grabbed it. Ruadd was there in a flash, pulling at it from below. A smaller branch came up and began beating his helmet and shoulders, creating an awful clamor, but he did not turn away.
She could see his fingers begin to loosen.
"Pull!" she shouted.
Together, they yanked at the branch until--with a snap--it became kindling as well.
Ruadd collapsed beneath the raining blows of the smaller branch, which made up for its size with sheer quick viciousness.
Kalaena jumped over him and caught it with both hands. It throbbed in her grip, rattling her teeth. With a bestial snarl, she twisted hard to the right, snapping the nasty little bough in three.
The two closest trees were de-branched. Their trunks writhed in her gaze, giving her vertigo, but otherwise they could not reach her.
Seeing no more threats, she collapsed beside the Knight-Seeker.
"You alive?"
"Ku won't approve," the armored man said in a husky voice. "Hurting trees like that."

The sentiment amused her--but alls he could offer him was a grimace. "How bad's your concussion?"
"I only see two of you."
"Better'n'three, right?"
His head sank into the earth.
"You with me?" She touched his shoulder plate.
"I just need a minute."
A trickle of crimson dripped out of his eye hole.
"By the Heavens, Ruadd. You look bad."
"I'll be fine. Just a minute, please. Check on Ku if you can."
She looked up and her heart stopped in her chest.
Kuthaan was hugging a link in the chain about ten feet up. As she watched, the tether suddenly broke at the exact place he was gripping. The upper strand of chain snapped back into the sky, vanishing. The part that Ku held, meanwhile, fell slack over the edge.
Kalaena found herself on the block looking down, unsure how she'd arrived there so quickly. Ruadd was forgotten. The trees were forgotten. All that mattered was--
"Kuthaan!"
He hung on the dangling chain. As she watched, though, the metal of it became dimmer somehow, like it was turning to glass.
"The chain," he shouted. "Was not as strong as the anchor. All I had to do was find the weakest link and--"
"Explain later," she said through clenched teeth. "You need to get off that before it disappears."
He looked up at her, hair whipping around his face again--how could he put up with that?--then bowed his head.
She could barely make out his words: "I lack the strength. The effort was too much."
Without a moment of hesitation, she swung her leg over and put a booted foot into the first link. One after another, she descended to him, biting her lip as she went.
The broken tether was completely transparent now. She could see swirling clouds through it...
She came down and put an arm over him.
"Can you hold on?" she asked.
"I am uncertain," he told her weakly. "I can try."
With his arms draped like a bandolier around her, she started up again. She badly wanted to close her eyes--it was damned unnerving to see how thin the links were now--but to look away was suicide. She had to stare, to look at the danger she faced or else she would miss her next handhold and die.
When at last she reached the cliff,  the link below her boot vanished and her chin had a painful meeting with the edge. She held on in spite of it, both to the man and the earth. When at last she pulled Kuthaan's shivering, naked body onto the island, she was lathered in sweat and spitting blood.
After a moment to catch her breath, she rolled him over and examined his face.
He was clearly exhausted, with a sheen of sweat to match hers. His skin was clammy, though, as if the warmth had gone right out of him.
Removing her half-cloak, she swaddled his chest like a babe.
He was too fatigued to thank her. He just nodded weakly in her direction.
She then collapsed over him, with her cheek on his chest. Ruadd sprawled at the edge of her vision, panting loudly inside his armor.
"You two and your bloody tasks," she whispered. 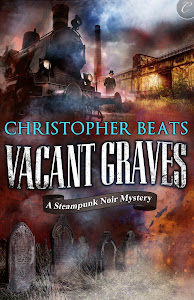